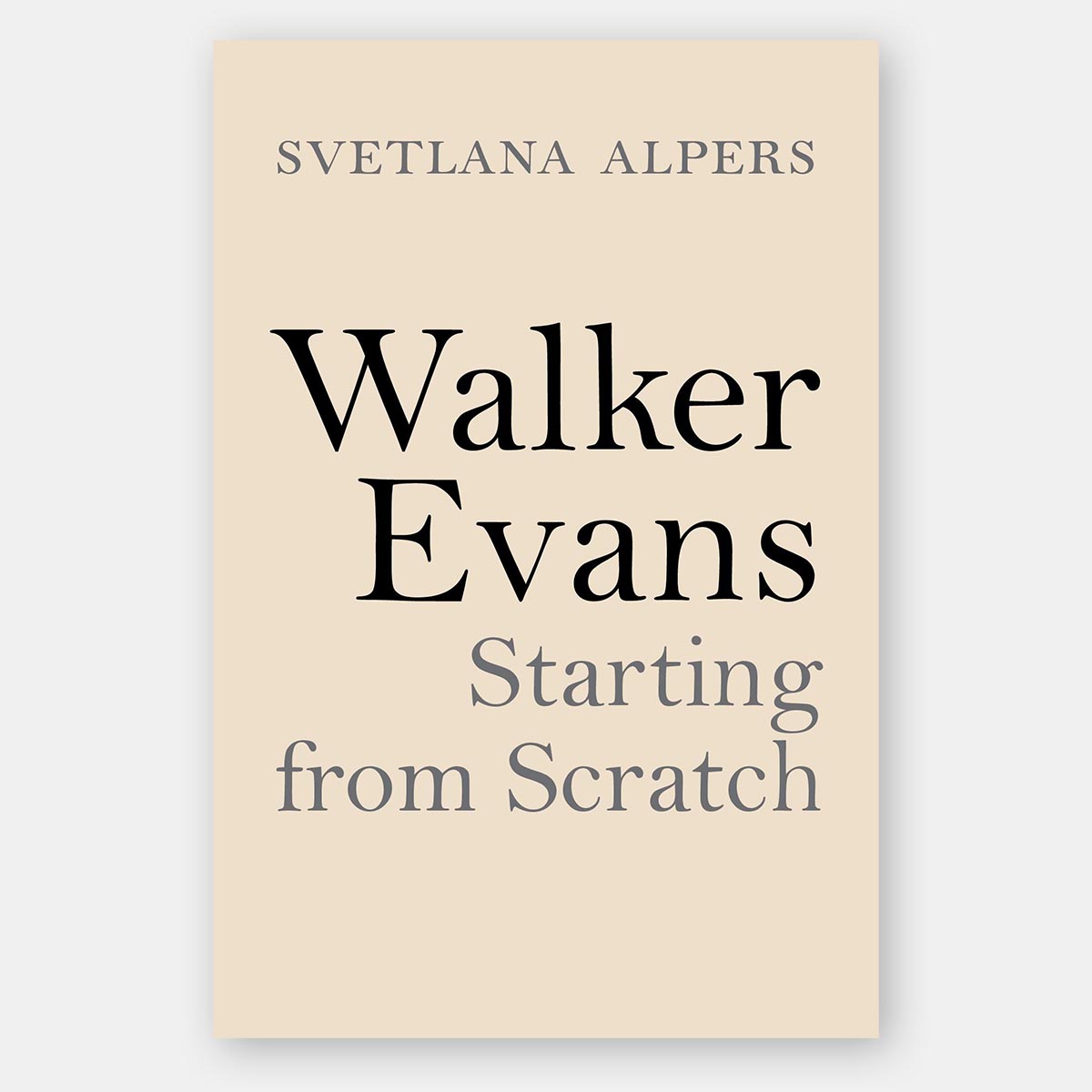 The year 2020 took off with promising news: Princeton University Press announced a new biography of Walker Evans (1903–1975) by Svetlana Alpers. As Professor Emerita of art history at the University of California, Berkeley, Alpers is well-known for her provoking work on Dutch painting. However, American photo history did not belong to her fields of expertise. Considering her past research, we would expect Alpers to tell us what is great––yes, emphatically »good« or »important«––about the pictures Evans took. In short, what makes them a work of art?

It is undoubtedly unprecedented to relate a sketchbook by Paul Cézanne to a negative strip or reckon Pieter Bruegel’s representation of Flemish peasants regarding Evans’ view of black American culture. In her characteristically idiosyncratic and associative way, Svetlana Alpers draws connections to various artistic traditions. However, more historic and strictly positive traditions are spotted as well: In 1926, Evans spent time in Paris, where he studied French nineteenth-century literature, namely Gustave Flaubert and Charles Baudelaire. A year later, after returning to New York, he discovered the work of Eugène Atget. The French photographer would become the most influential reference for Evans’s style and subject choice, his »idol.«

In her account, Alpers touches on the general problem of describing visual phenomena. And she offers a solution: arguing by analogy. For instance, by learning about Flaubert’s modern writing techniques, we are expected to understand how Evans accomplished invisibility as a photographer, how he managed to disappear and stay present all the same. His photographs characteristically develop a kind of visual imparfait: immediate, sober, and attentive to detail––or »literary, a way of telling, although not with words.« His passion for language is a recurrent theme throughout his career. Simply put, he loved to read and write.

As Alpers’ inquiry moves chronologically forward, a sense of consistency is apparent. In 1933, we join Evans, traveling to revolutionary Cuba. While staying with Ernest Hemingway, he did not take a single portrait. Instead, he watched the Cuban society from the bottom up: photographing men on the streets. When, in 1938, Evans famously published »American Photographs« with works he realized for the Farm Security Administration, or FSA, he turned his attention to the unrecognized. And again, years later, the same Evans took Polaroid photographs when riding the New York subways–– »Evans was, and is, interested in what any present time will look like as the past.« Alpers successfully deciphers this enigmatic statement making it a general formula to understand his approach. She argues that the border of past/present (and not high/low) challenged him.

The book does not tire of emphasizing the distinctiveness of what and how it has been photographed. Alpers is most convincing when she looks at Evans working as a photographer. Her account carefully pays attention to his changing equipment, and she links the printed images to his editing practice. We intimately follow his ways of developing an idea of something––Alpers refers to it as »Evans’ eye.« But is it the eye of an artist? »Perhaps,« resumes Alpers, »it is precisely the indefinability of photography––art or not art and what it is for––that gives its special grace.« Albeit this core question remains unanswered, the neatly edited catalog, comprising c. 150 plates, gives expression to what the volume achieves. It is an exercise in looking at photographs slowly, thus carefully; it is an exercise in developing an eye.