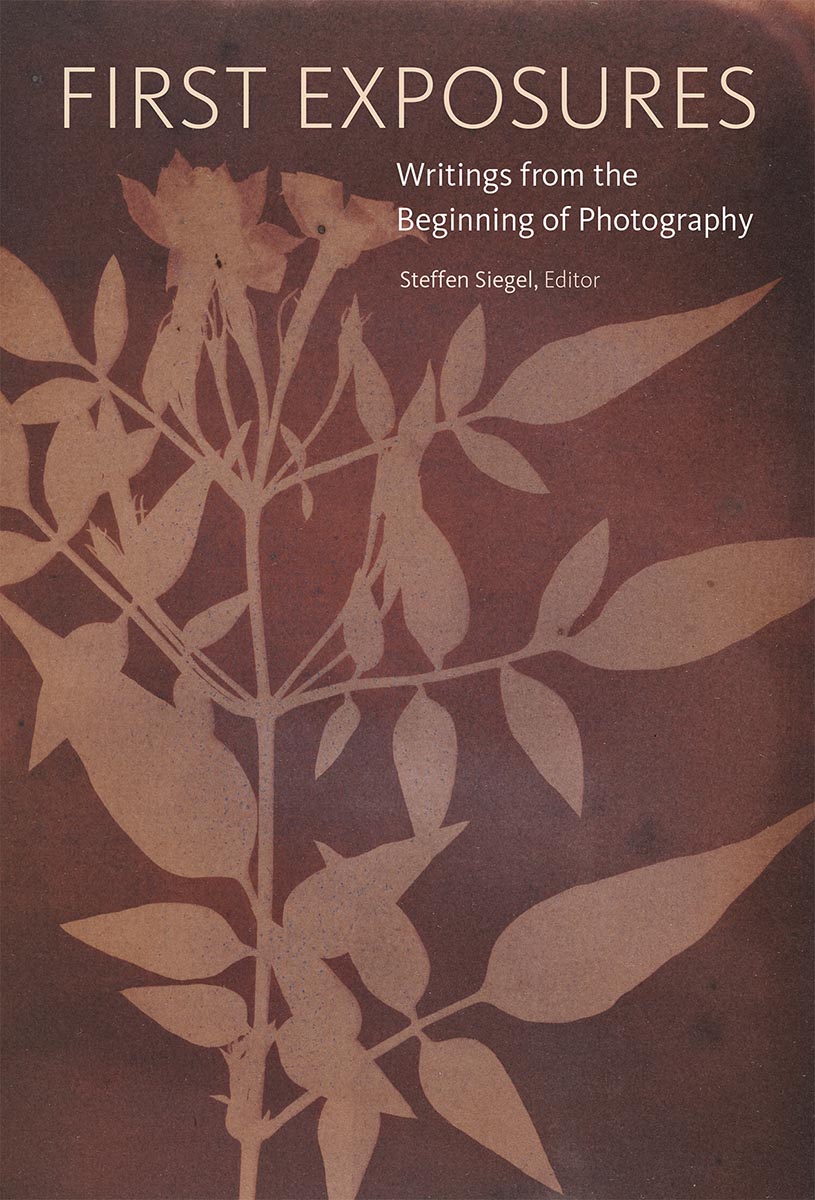 An exact date for the invention of photography is evasive. Scientists and amateurs alike were working on a variety of photographic processes for much of the early nineteenth century. Thus most historians refer to the year 1839 as the »first« year of photography, not because the sensational new medium was invented then, but because that is the year it was introduced to the world. After more than 175 years, and for the first time in English, First Exposures: Writings from the Beginning of Photography brings together more than 130 primary sources from that very year—1839—subdivided into ten chapters and accompanied by fifty-three images of significant visual and historical importance. This is an astonishing work of discovery, selection, and—thanks to Steffen Siegel’s introductory texts, notes, and afterword—elucidation. The range of material is impressive: not only all the chemical and technological details of the various processes but also contracts, speeches, correspondence of every kind, arguments, parodies, satires, eulogies, denunciations, journals, and even some poems. Revealing through firsthand accounts the competition, the rivalries, and the parallels among the various practitioners and theorists, this book provides an unprecedented way to understand how the early discourse around photographic techniques and processes transcended national boundaries and interconnected across Europe and the United States.